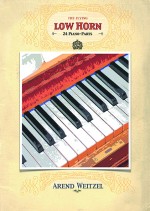 The Knowledge of the Pros. A guide for all drummers, teachers and students alike.

This book is a comprehensive guide. It describes the fundamental concepts which a modern drummer should be familiar with. All elementary issues of drumming are analyzed systematically. The book demonstrates approaches from scratch for reaching top results and a maximum joy of playing the instrument. A conceptional guide for all drummers, teachers and students alike.

This is clearly a book which should be part of each drummer‘s, drum teacher‘s, and drum school‘s library. One of the most important publications of the past few years and(...) a unique masterpiece...“
Sticks Magazine
„This is simply a tremendous work.“
René Creemers
„There are a thousand books showing what to play. The vast majority of drummers don´t need more things to play; what they need ist to have of clearer picture of how, where and why to play the things they play, in other words, wisdom. Stefan Schuetz´s thought provoking new book clearly addresses these bigger musical questions“.
John Riley

Stefan Schütz, born 1964, is founder, director, and teacher at the drum department, one of the largest and most successful German drumming schools, based in Stuttgart. He taught at a municipal music school for many years and holds a lectureship at the College of Church Music in Tübingen in the subject field of popular music. He is a graduate of pop music at the Hamburg College of Music and Theater and was teacher and officer of the Landesarbeitskreis Band (regional band task force) in Baden-Württemberg. Besides his activities at the drum department, he is a freelance drummer and producer, conducts band seminars and seminars for private enterprises.